The UN recognizes and gives Special Consultative Status to the Foundation for the Improvement of Life, Culture and Society

The Economic and Social Council of the United Nations grants special Consultative Status to the Foundation for the Improvement of Life, Culture and Society[i].

The Board of Trustees of the Foundation for the Improvement of Life, Culture and Society [Foundation MEJORA], has just received a letter from the United Nations NGO Branch. The message informs them that the UN ECOSOC -at its Coordination and Management Meeting of July 23 of this year- has decided to grant the Foundation the recognition of ‘Organization with Special Consultative Status for ECOSOC’.

With this recognition, the Foundation will now have official representatives at the UN in Geneva, Vienna and New York. According to the United Nations website:

“The consultative status is granted by ECOSOC and gives NGOs access to both ECOSOC and its many subsidiary bodies, the various United Nations human rights mechanisms,… and special events organized by the President of the General Assembly[ii]”

being able to present written and oral statements to different organs such as the UN Human Rights Council, and even organize conferences of their own within the United Nations.

The UN approves the application for the Special status

The Foundation MEJORA was founded in 2015 by the Church of Scientology of Spain. It registered into the National Registry of Foundations under the Protectorate of the then Ministry of Education, Culture and Sports. As stated in its original request to the United Nations, the Foundation said that based on its:

“vision of a human development through respect for and observation of the Universal Human Rights as well as the application of core values such as human rights, equality, tolerance, respect for human life, peace, democracy and individual freedom” established its mission to “defend, promote, teach and disseminate the Human Rights as included in the Spanish Constitution as well as the Universal Declaration of Human Rights and other international covenants, to promote pragmatic Scientology values and practices [note: developed by L. Ron Hubbard] aiming at the improvement of individual and social life, and to promote tolerance in all aspects of societal cohabitation…”.

In this application that has just been approved by the Economic and Social Council, the Foundation has documented and stated that:

“MEJORA’s work is done without any discrimination as to gender, sexual orientation, religion, race or ethnicity and contributes actively to the achievement of the Sustainable Development Goals (SDG), especially regarding the SDG 3, 5, 11 and 16.”.

It acts not only in Spain but at European and international level.

Iván Arjona-Pelado, President of the Board of Trustees of the Foundation and for more than two years of the European Office of the Church of Scientology for Public Affairs and Human Rights, has stated that:

“The Foundation for the IMPROVEMENT of Life, carries out in Spain the campaigns of ‘Youth for Human Rights’, ‘The Truth About Drugs’, ‘The Way to Happiness’ among others, and began working mainly at the national level in collaboration with other civil society organizations, the private sector, as well as public institutions. However, since three years we decided to expand its activity at European and international level, starting operations in countries such as Colombia, Belgium, Mexico, Switzerland, the United States, and many others”.

In the United Nations, they have already co-organized a multitude of conferences at UN facilities in Geneva, Vienna and even New York. These were addressing human trafficking, human rights education, religious freedom and drug prevention.

At the European level, they are registered in the Transparency Register of the European Union. MEJORA has actively participated in the Faith and Freedom Summit NGO coalition that held its last event at the European Parliament in Brussels. The Foundation for the Improvement of Life also participates in numerous initiatives, events and conferences. On the coming 6th September, it will organize the 6th Edition of the Religious Freedom Awards that among its awardees count multiple scholars and officials of recognized prestige in the field of Freedom of Religion or Belief. 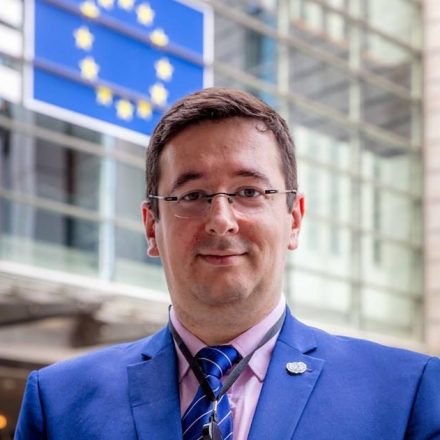 Event will discuss religious discrimination against Scientologists in Germany 🗓